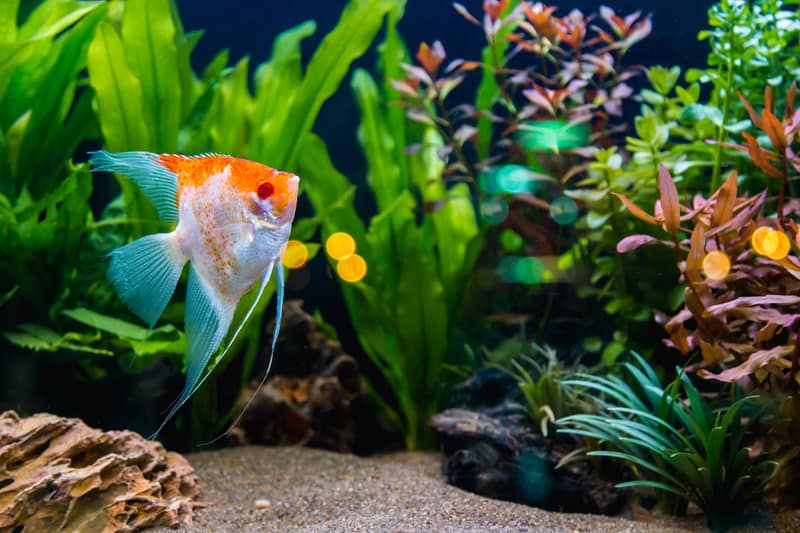 So as I have stated above, oxygen-saturated is totally harmless to fish. However, as I have also stated, more oxygen can dissolve into saturated water in very special circumstances. When more oxygen dissolves into already oxygen-saturated water, the water becomes supersaturated. In other words, the water moves from a state of having maximum oxygen to a state of having too much oxygen.

What Are the Circumstances in Which Water Becomes Supersaturated?

Water can only become supersaturated in rare circumstances such as when a pump is cavitating or when there is a leaking water pipe. This is because such circumstances can increase pressure leading to more oxygen dissolving in water.

If a fish tank is rapidly heated up by a heater or by being exposed to direct sunlight, the water in it can also become supersaturated because the quick temperature change can trap the excess dissolved oxygen that is usually present in cold water.

So there are only like a handful of circumstances that can result in there being too much oxygen in a fish tank.

What Happens When There is Too Much Oxygen in A Fish Tank?

How to Test Oxygen Levels

Now that you know there can be too much oxygen in a fish tank, the next thing to logically do is to frequently monitor the oxygen levels in your fish tank. This is because if you don’t, your tank may one day have too much oxygen that could actually kill your fish.

Oxygen test kits are a cheap and relatively reliable way to monitor the oxygen levels in your fish tank. They are cheaper than portable dissolved oxygen meters and more reliable than fish clues.

The kits are similar to the aquarium test kits used to measure nitrates, nitrites, and pH. So if you buy one, you will probably find it very familiar and convenient to use. However, you should make sure the test kit you buy and use is reliable as the many oxygen test kits available on the market have varying levels of reliability.

There are many portable dissolved oxygen meters on the market. The very best ones are very effective in measuring oxygen levels in fish tanks. They can tell you exactly how much oxygen there is in your fish tank on a digital display.

In case you do not have an oxygen test kit or a portable dissolved oxygen meter, you can monitor the oxygen levels in your fish tank by observing your fish for certain clues.

How to Reduce Too Much Oxygen in a Fish Tank

The assumption is that the water you will introduce will have less oxygen dissolved in it and will, therefore, reduce the concentration of dissolved oxygen in your fish tank to a harmless level.

Follow the steps below to do a partial water change

As you can see from the steps above, it is not very easy to change the water in your tank. However, it is necessary if you wanted to save your fish from supersaturated oxygen.

400;”>Low oxygen in tanks is common because of things such as low lighting for plants, excess waste, lack of water movement, and overcrowding cause it. Too much oxygen is less common because it can only occur under very special circumstances. When it does occur, it can be very dangerous for fish because it can create bubbles in a fish’s tissues and even its heart. To prevent too much oxygen from harming or killing your fish, you need to reduce its concentration in your tank water by doing a significant water change.